Chat with us, powered by LiveChat
What are the two types of change management - CITI
32248
post-template-default,single,single-post,postid-32248,single-format-standard,mega-menu-top-navigation,ajax_fade,page_not_loaded,,qode-title-hidden,qode-theme-ver-10.1.1,wpb-js-composer js-comp-ver-5.6,vc_responsive,mob-menu-slideout-over,yellow-block-header

What are the two types of change management

Posted at 09:00h in Global Strategic Management by Paul
Share 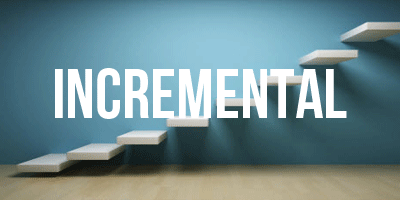 Often unnoticed at first, there is a persistent, gradual introduction of factors and ‘newness’ that it may result in the complete replacement of a previous state with a new one, but the insidious nature of the change means that defences to protect the old way are never triggered.

Transformational change management – A far more challenging type of change is called transformational change. In this, the future state though part of the vision of the future is not, and cannot be known in detail – much of the final state arises from evolutions – the outcome of trial-and-error as new information, new boundaries and new interactions are integrated. It is partly for this reason that programmes and programme management disciplines were developed. Unlike projects that require predetermined outputs and outcomes and a linear trajectory of activity defined within a bounded plan programmes are designed to deal with ambiguity and to unfold a tranche at a time. As with delivery so with adoption of the change – though a vision and a strategy are fundamental, the actual change process, the sequence and content and timing of changes will be determined less by planning and more by the rates at which the underlying beliefs and value systems change.

This is a much more unpredictable and scary place than traditional projects and change planning is accustomed to working in. Emotion as well as intellect will determine success as in transformational change there is no one-for-one mapping between the current and future state and a step change involving mindsets and behaviours, as well as influence and new relationships has to be made by executives, managers and front-line workers alike. The future under this type of change is invented than inhabited, with leaders and workers changing their worldviews to make the required future, let alone operate in it. Examples are: complex mergers and acquisitions, the transformation of traditional channels of business to virtual and electronically-mediated one, and radical rebranding.

You can read the expanded version of this article here – or click below to find out more about our APMG Change Management course.