The PMO as knowledge broker 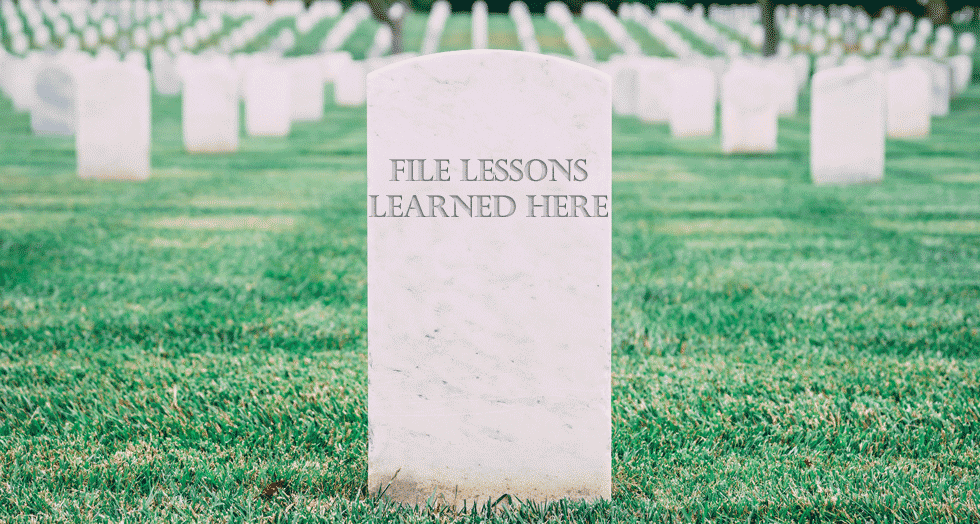 They say identifying lessons learned is a really important part of running a project, and improving PMO knowledge. The reasons given sound good: they lessen the workload of the project manager, the company reduces the incidence of repetitive errors, losing money making the same mistakes, and, I even read somewhere it increases competitiveness! (I have to say that sounds like a bit of a stretch – but you never know…)

Of course, it is a bit like joining a gym; if you don’t actually go and exercise you don’t get much benefit. With lessons learned, if you don’t ever read the reports and don’t apply the lessons, nothing good is going to happen. Nevertheless, many people join a gym and never go, and many project managers diligently write up post-implementation project reports that never get read. So, why?

What’s the point? Every project is unique

A point made in many introductory project courses is that each project has something unique about it. Otherwise, it shouldn’t be run as a project. Well yes, and no. It’s a useful fiction, and even if were completely true it doesn’t follow that others’ experiences are relevant.

Of more relevance is that for a lesson to be drawn out from experience the writer needs to abstract and discard the unimportant specifics and lay bare the fundamentals, which demands some skill and a reflective approach to interpreting history – even if it just of a project. The success of an approach taken is not conveyed to a future audience by a detailed description of what happened, but an analysis of the factors that were present and how they played out. Interestingly enough there is some research that suggests that lessons learned reports are often better when written sometime after the event, rather than immediately afterward, precisely for this reason. Time allows the mind to distill the essence from the swathe of minutiae. Of course, time also allows us to forget, so there is a balance.

And of course, we’re busy people, with no time to wade through documents that have not been constructed specifically to be relevant to me and my needs, so it can seem best to just get on with it. After all, it is a big tree to cut down; I can’t be wasting my time sharpening the axe!

Aware that lessons learned were a useful source of information and learning for people and organisations, and that exhortation to use them for the past 20 years had little impact, one company funded their PMO knowledge to investigate and suggest a way to capture the value.
There were a number of interesting avenues, some suggested by conversations conducted through social media:

…put people in touch with other people, rather than with information in a database. It is a much more effective way of sharing…information and knowledge. In a dialogue, the people involved can ask questions, check their understanding, and establish the context.

That is a great observation and undoubtedly true. People do learn from people and in truth, where lessoned are learned in organisations, it often is because of personal connection rather than process. And that is, of course, the problem with it. Though a lot better than nothing, it is haphazard. So good, but not enough.

…encourage the asking of questions, the seeking out of experts, establish a culture where curiosity is embedded. Now the project managers can be expected to actively seek information before committing themselves.

Another good idea. It’s such a good idea that lots of consultancies recommend organisations to solve their problem – whatever that problem might be – by changing the underlying culture. The trouble is nobody can quite tell you how to ensure that when the culture is altered, it ends up where you planned it to be.

Finally, and this is the point of this discussion, the PMO realized it was the sponsors who needed to learn all they could from the mistakes of others, as they hadn’t the time to make them all themselves. The best way to do this was to insist that when the project managers provided them with documents: project briefs, project business cases, or project plans they had to include answers to these questions:

What three projects that have been done before, is this project most like? Why will this project be different in outturns? Have you talked to the people involved?

Powerful! This approach paid dividends right from the start and is an example of the PMO acting as a knowledge broker – bringing together and connecting relevant knowledge and putting it to use. Each of the three main players was affected: sponsors were obliged to acknowledge that history had relevance to their decision-making, the PMO had to adjust its practices in the maintaining of project histories, and project managers became more involved with their project community.

For the project office to genuinely act as a knowledge broker, it needs not just to gather data on projects but provide a mechanism for knowledge about projects to be interpreted and made relevant to members of the project community – and not just to project managers. You cannot use mundane descriptions of what ‘happened next’, you cannot use shaming and blaming documents, or templated checklists when the lessons learned are used to drive project selection. The PMO knowledge, to make a real difference in the project capability of the organization, moved from a recorder of lessons learned to a broker of knowledge transfer across the whole community.

The approach adopted remains and indeed has grown in influence. As I reflect on their journey, it occurs to me that maybe there really isn’t anything new under the sun, because when looked at in a certain light all that happened here was yet another example of the saying:

Tell me, and I forget, teach me, and I may remember, involve me, and I learn.